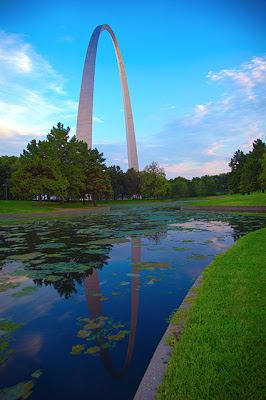 While in St. Louis last weekend for a friend's wedding, I took the opportunity to capture some photos of the St Louis Arch.  Officially called the Jefferson National Expansion Memorial, the stainless steel arch is an amazing piece of architecture.  The arch soars into the sky 630 feet, 75 feet taller than the Washington Monument.  At night, the stainless steel structure shines in the dark as it reflects the lights of St Louis. 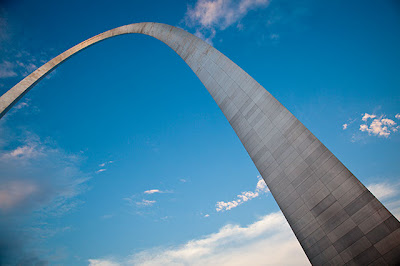 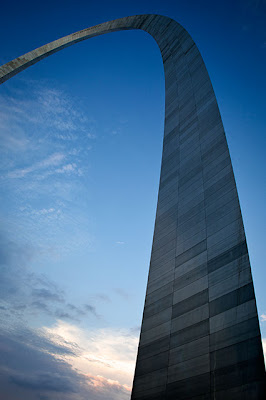 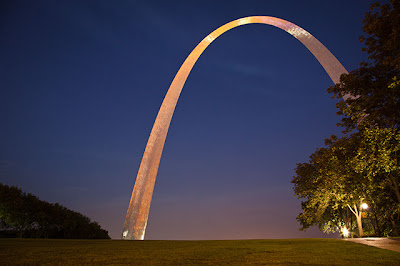 Also at the Jefferson National Expansion Memorial is the Old Court House where, in 1847, Dred Scott sued for his freedom from slavery; an event that hastened the beginning of the Civil War.  The Courthouse is currently undergoing some reconstruction.